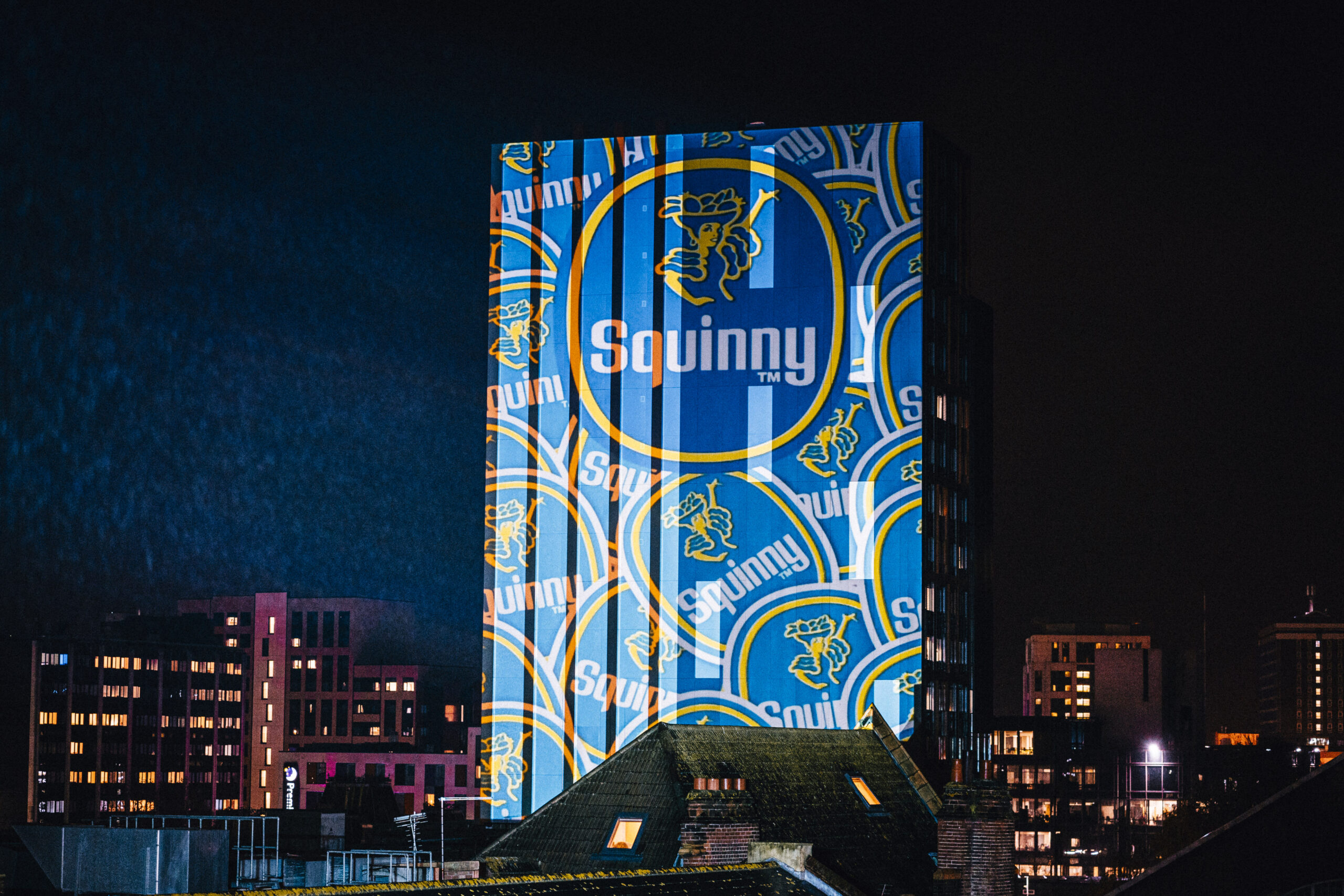 IN MOTION is a free community project by foursandeights and pompey banana club aimed at engaging local creatives to think about generating design content surrounding this years theme; COMMUNITY. Everyone has a community they belong to, this might be a small 2 person community or something much larger. We wanted to explore the things that connect us to one another and shine some light on these positive stories and experiences. The purpose of the project to explore the idea of communicating a narrative and captures a snapshot of what community means to you as well as the opportunity to network and up skill.

IN MOTION is part of the WeShine street art and light festival that takes place in November across Portsmouth offering the opportunity as part of a large scale projection mapped exhibition onto a site in the heart of the city. IN MOTION will run throughout the whole the 3 day We Shine festival, with multiple screenings of the works – including three excellent engagement projects that were facilitated with schools in Portsmouth. You can read about these here.

You can get involved with IN MOTION workshops and mentoring sessions throughout the lead up to the festival. A weekly zoom session will be available with the artists as well as 1-1 in person drop in sessions held at the Round Tower, Old Portsmouth.

The full dates and details can be found on the website inmotionportsmouth.com. We also hope to nurture some social media connections via our instagram @inmotionportsmouth and will be using the hashtag #communityinmotion2021 to help collate and showcase the work and progress of creatives getting involved, so check out the brief, start creating and share with us your process and journey.

Pompey Banana Club was set up by the Portsmouth-based designer George Bodkin. George has worked for brands such as Sainsbury’s (Paralympics), Coca Cola, Gordon’s gins & as an artworker at agencies including Initials Marketing, WARL (award winning integrated agency) & VCCP, Campaign 2013’s agency of year, where he was employed as a senior creative artworker. Since 2014 George has freelanced with renowned creative agencies including Isobel, The Bank & Droga 5, as well as delivering his own projects, including animations.

Darren, Marie and George all grew up in Portsmouth and have collaborated on several projects in the past, most recently contributing to Portsmouth Creates wellbeing activity book, projection map work as part of the launch of Portsmouth Creates in November 2019 and curated their own installations for the socially distanced We Create markets.