Rainbow In The Dark / Enlightened Avenue 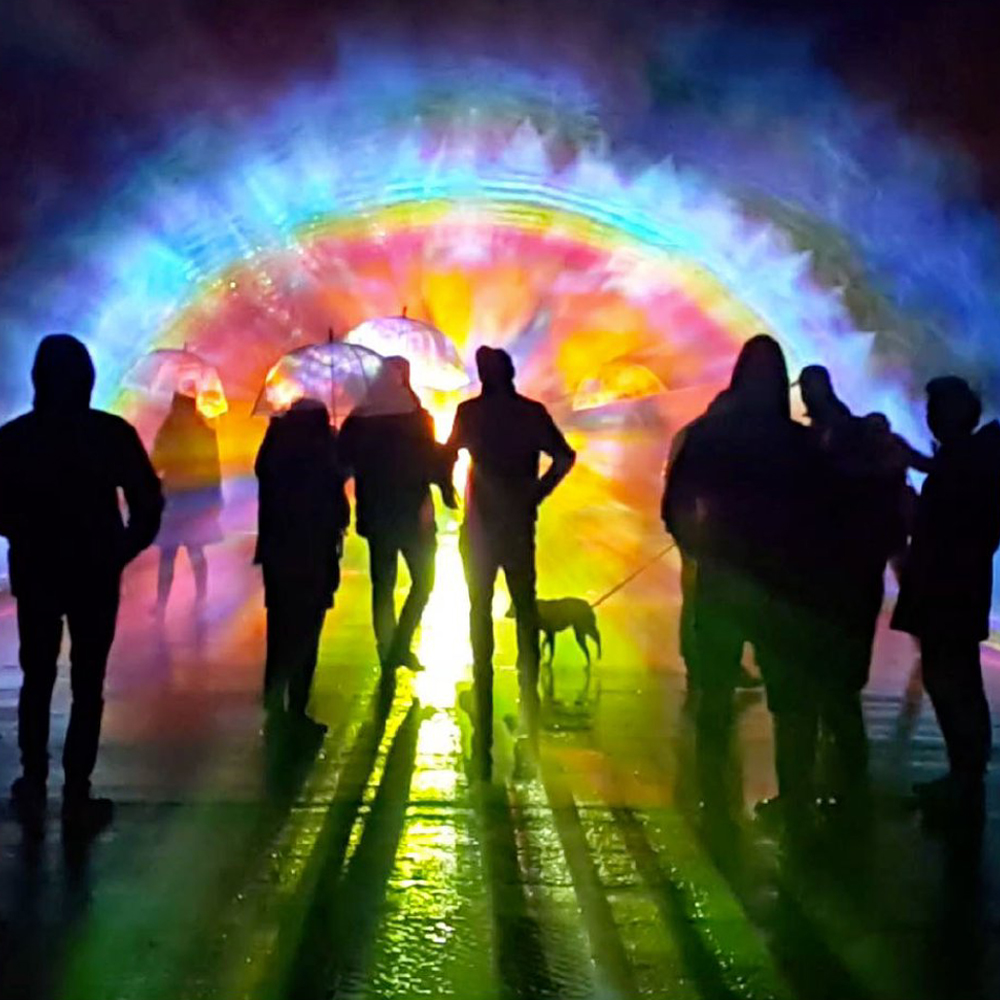 An Installation of the International Light Art Project called ‘Rainbow in the Dark’.
Created with laser Light and Projection. The Rainbow is created with a laser and the Projection inside the Rainbow is of Mandala Films Created by Benjamin by filming the 5 elements of nature and then using Phi / Golden mean numerology, creates multi layered vortex’s of spiralling light.
The two light sources blend into one hypnotic form that is held on a Water screen and hangs in the air in a 3D space with smoke, ever drifting and tumbling.

The effect is an immersive, playful and joyful experience that never ceases to amaze and bring a moment of magic to people whom interact with it. Every location brings out a different perspective to this piece, that almost has a life of its own.

An ever changing kaleidoscope of Colour is created within a frame of full spectrum laser light. This overlaid with Music by the Swedish Psymbiant PsyTrance Band called Carbon Based Lifeforms take one on a mystical journey.

Leading up to the Rainbow is an avenue of Trees lit to celebrate their wonder and often un acknowledged splendour.‘ENLIGHTENED AVENUE’ Bared to the winter, the trunks and branches lit with colour show off their magnificence.

Benjamin has been a practicing professional Artist for his whole adult life, working in many media. Painting is a foundation, with Sculpture as a progression. Owning an event lighting business has been a sustainable creative process that has over 20 years led to becoming a Light Artist and working on ever bigger scales to an all inclusive audience, reaching out to large numbers of people in a magical and therapeutic way.

Training to the level of masters degree in mixed media and innovative technology has given a strong technical foundation to support the fine arts side of Benjamin’s practice. His practical and spaceal abilities compliment his experimental and creative viewpoint on life.