Ship of the Gods 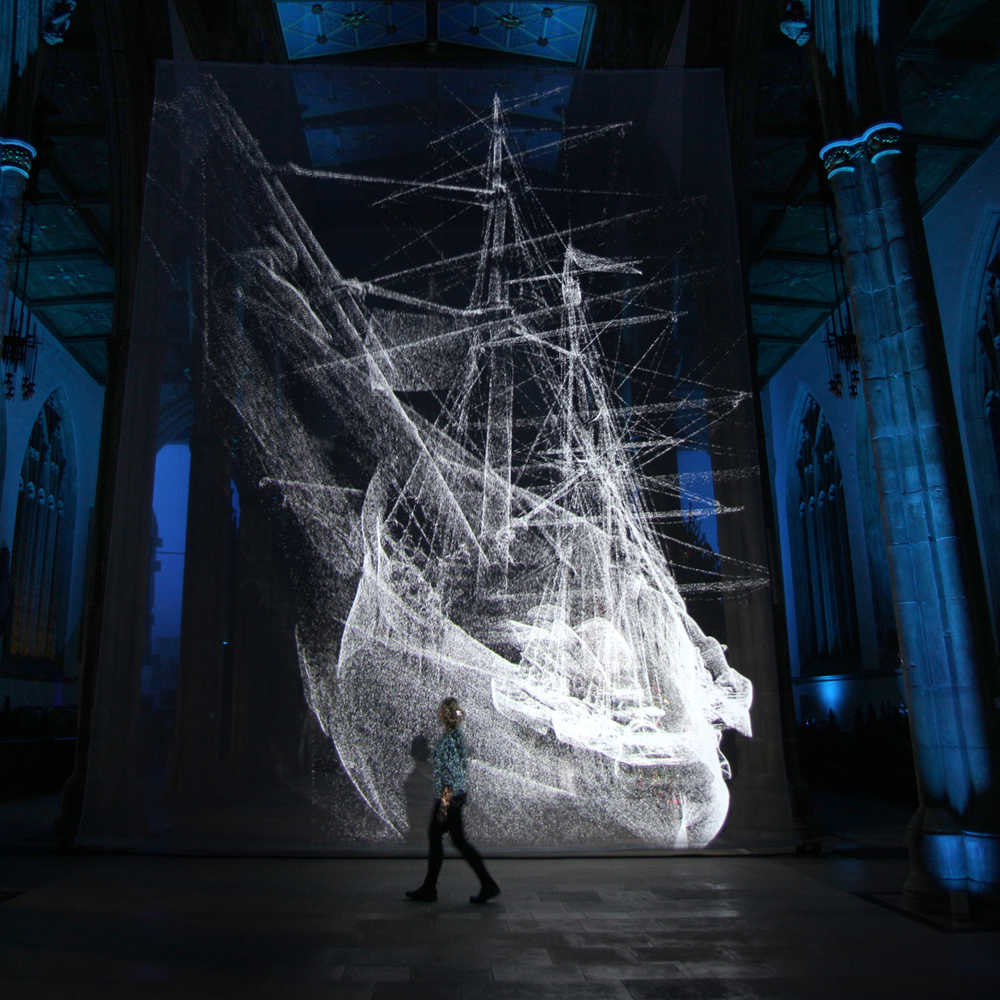 5pm – 9pm. Please note that there is no parking available at St. Mary’s Church.

Ship of the Gods is inspired by the Norse myth of Skidbladnir, a magical shape-shifting vessel which was large enough to carry all the gods and their equipment yet could be folded up small enough to fit inside a pocket.

Using 3D laser scanning technology, film and lighting effects the artists have drawn on artefacts of maritime culture and 3D Arctic mapping data to reimagine Skidbladnir through the scanned forms of life size boats and ship models to create an ephemeral vessel of light, which like the mythical ship has the ability to transform and be folded down to move to other places.

Anna Heinrich and Leon Palmer are two British artists who have worked in collaboration since the 1990s. They have a broad, cross disciplinary practice which encompasses installations, interventions, large scale projection events, films and photography.

They work with digital media, projection, light, optics and photography and frequently combine ephemeral media with physical materials and structures to suggest alternative or ambiguous meanings.
Many of their projects evolve through a process of research, engagement or collaboration with people from other disciplines such as architects, engineers, programmers and fabricators.

Recent commissioned works include Limelight for Lindisfarne Castle National Trust; Casting Light for Mottisfont National Trust; The Ripple Effect – a Trust New Art Commission for Lacock Abbey and Floe, a large scale projection event commissioned for Hull UK City of Culture 2017. They are currently artists in residence at Winchester School of Art, University of Southampton and have been working closely with the Biomedical Imaging Unit to explore new imaging techniques.