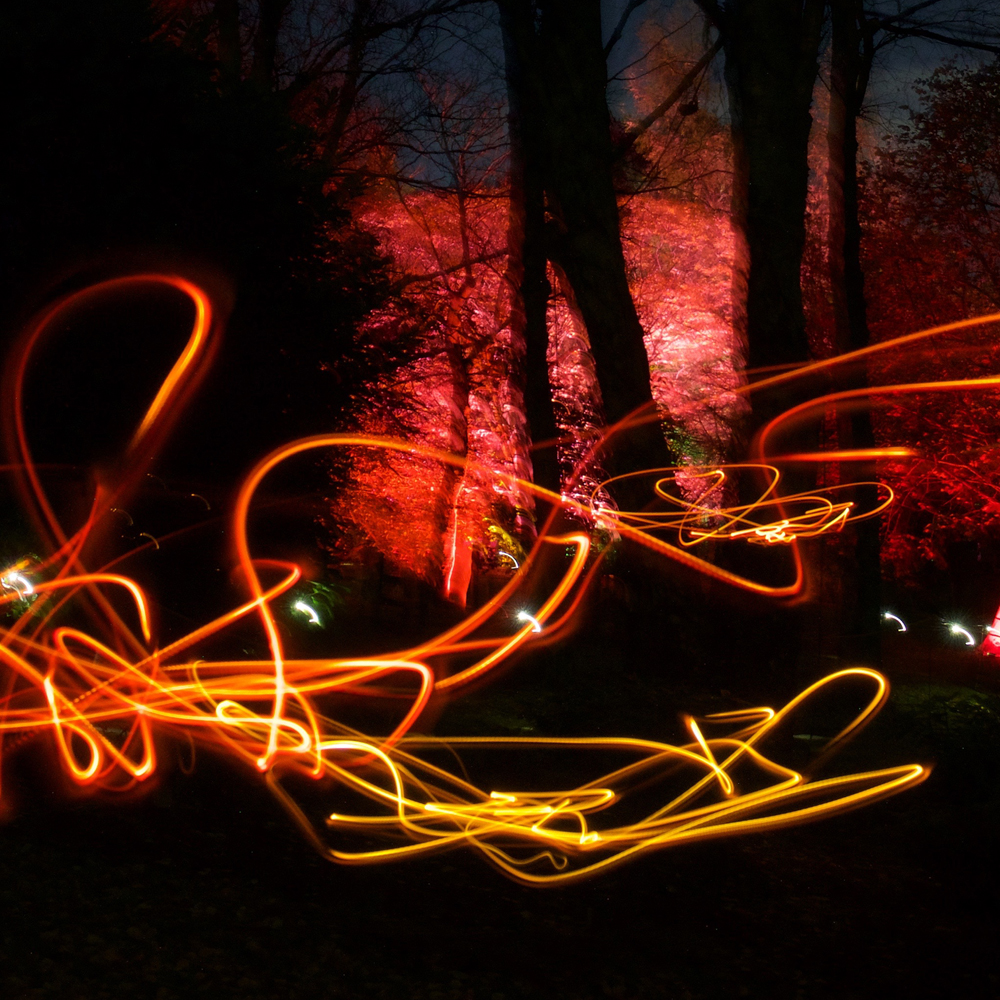 Gathering under the canopy of trees in Victoria park small buzzing electronic fire flies, dart, hover and dance in a random display of flying dynamics, creating an enchanting installation of moving sound and light. They have been seen at the Wellington festival NZ, Lumier Durham, Milton Keynes International Festival as part of For the Birds, and more recently at Spectre Aberdeen in 2019.

Mark Anderson is a visual sound artist, and pyrotechnician, working almost exclusively outside.

Drawing inspiration from the meeting point between the natural, industrial, and technological world, his work uses light and sound to explore and create, often with a childlike playfulness, a fusion of these worlds, defining space with sound and creating illusion in outdoor spaces.

His many works in Power Plant, For the Birds and in Furious Folly create immersive visual sound environments, sometimes in sympathy with the surroundings at others almost jarring as another world invades the ‘natural’ environment.

He often works in collaboration with other artists and groups, and has worked often with Anne Bean, Richard Wilson, the late Paul Burwell of the Bow Gamalan, Red Earth, Stans Cafe, Jony Easterby, Kathy Hinde Ansuman Biswas and many others. He was a founder member of the long running but now disbanded collective Blissbody and is the lead artist of the international hit Power Plant.

His work has been shown at prestigious arts festivals in the uk and around the world, including Lumiere (Durham), Edinburgh Festival (British Council Showcase), Sydney Festival, Hong Kong Arts Festival, Ten Days on the Island (Hobart, Tasmania), Wellington Festival, (NZ)Auckland Festival, (NZ) Latitude, Stockton Riverside Festival, Fire In The Mountain and many others.