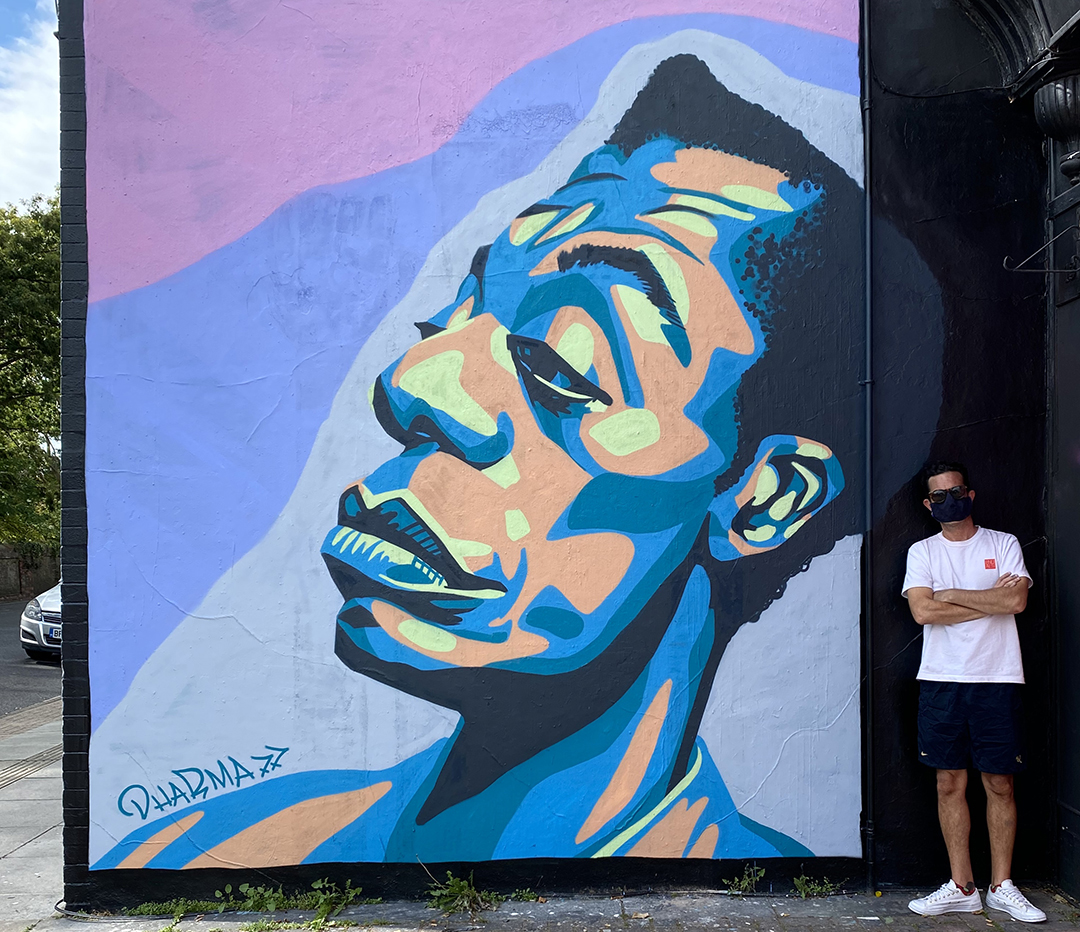 Dharma 77’s mural depicts characters and archetypes all observed by the artist in Portsmouth. The colour scheme evokes the familiar changing coastal light as the sun rises in the east and sets in the west of the island, across the faces representing a diverse collection of idiosyncratic, lairy, real, colourful people who are, like this island, a microcosm of Britain yet distinctly ‘Pompey’.

Each has their own background and story as they and this historic city look towards the future.

Just as important as the way the light falls across the face of his subjects are the stylistic signifiers surrounding them. Inspired by Hip Hop, Graffiti, Reggae, psychedelia, street fashion and international subcultures he explores the forgotten spaces between accepted genres and narratives to represent proud figures who embody an alternative social and creative history.

Born and bred in Portsmouth, he is aware of the schism of his background and that of many of his subjects, yet his sensitive and soulful approach has won the respect of his peers and heroes and culminated in his work being exhibited in the Universal Hip Hop Museum in New York.

His piece in Orchard Park for We Shine sees his style translate naturally to the people of his beloved home city.